You are here: Home / Articles / What Really Happens When You Give Up Your Pet 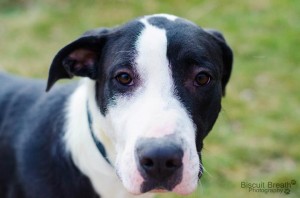 First and foremost I would like to say that I acknowledge that there are the rare occasions where a family may have to re-home their pet for legitimate reasons. But these situations are RARE.

If you’re considering re-homing your pet I would like to give you some straight talk on what your pet is actually going to go through.

Your senior pet, if taken to a shelter, will likely get euthanized. If your senior is lucky enough to get taken in by a rescue, he will likely live out his days and die in a foster home waiting for a family of his own to adopt him.

Why? The sad reality is that there are thousands upon thousands of dogs, cats and other domestic animals out there waiting to get adopted. There is a very small percentage of people out there looking to adopt a pet that they’re only going to have for a few short years before it passes away.

Puppies and younger adult dogs are the most likely to get adopted while the seniors get overlooked.

Just because you think your pet is the cutest in the world and you’re sure she will get adopted right away – doesn’t make it the truth.

Shelters, humane societies and rescues are overcrowded and there are thousands more animals waiting for their chance. The sad reality is that there are many dogs, cats and bunnies that have given their families faithful years of their lives, are well trained and are cute as a button that are euthanized every day due to overcrowding.

If you plan on surrendering your pet, here is what your pet can expect:

-Your pet will be put through a series of behavioral tests to determine if they can be adopted out. Some pets do not make it past this point.

-If your pet makes it past behavioral tests they will be put in a small kennel or cage in a room filled with the sounds of panicked barking and meowing. They will likely not have a blanket or something soft to lay on and will spend 23.5 to 24 hours a day in a kennel just big enough for them to stretch out in.

-People will constantly be walking by your pet’s small kennel peering inside. Often pets react to this stressful environment by cowering in the corner of their kennel, refusing to move and refusing to eat.

-Shelters often have an “expiration date” for the animals that come through their doors. If your pet is not adopted within a certain amount of time or the cage space is needed, they will be euthanized.

-When a pet is euthanized it’s not a calm and peaceful “goodbye” like it would be if you had to take your pet to the vet to have them put down. When they are taken back to be euthanized…they know. They are completely panicked and often times try desperately to get away because they know what is coming. Their last moments are filled with fear and loneliness.

When you enter into the responsibility of owning a pet – you are making a commitment to them. You are telling them that you’re going to protect them, love them and care for them all the days of their life. And in return they give you their everything – undying devotion, loyalty and love. They deserve more than to have any of this be their ending.

There are people to help you and solutions to your problems that can be solved without having to surrender your pet. You just need to ask for help!