You are here: Home / Articles / 21 Reasons Your Cat Sitter Requires Visits Every Day

We frequently get calls from cat parents requesting that we visit their cat every other day. While we do accommodate such requests, we strongly encourage all of our cat clients to have us visit their cats every single day. 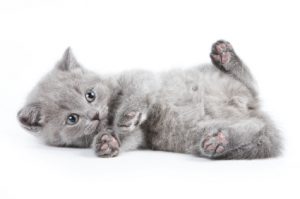 Though cats may seem “self sufficient”, there are many things that can go wrong while a cat is home alone and visits longer than 24 hours apart can make a situation go from bad to tragic.

Rather than just tell you hypothetical situations that could possibly happen, I decided to turn to my fellow pet sitters and ask them to fill me in on some situations that they have actually encountered while taking care of their kitty clients.

Here are 21 reasons why your cat should have visits at least every 24 hours:

All of these examples are proof that it doesn’t matter if a cat is young or old; energetic or lazy, accidents and health concerns can happen to any cat and the more often you have your cat sitter visit, the less likely it is that an accident will turn into an emergency.